T.S Eliot was a pretty interesting and underestimated dude. For real though, the man could multitask, he was a playwright, poet, publisher, editor, and the list goes on! He didn’t do all of this for nothing though, as he won the Nobel Prize for Literature in 1948 for his ‘profound effect on the direction of modern poetry’. Chances are, if you have read any of his work, you’re just about as confused as I am. I mean the man really knew how to mess with people’s minds by creating meaning out of nothing and nothing out of meaning. Example A: literally all of his poems, including that godforsaken 28 page long one titled ‘The Wasteland’. You have to be pretty mental to class that as a poem not a miniature novel…

Swiftly moving on, here is the top 9 list of why Eliot was such an influential poet on contemporary literature, the modernism movement, and why we should be talking about his work more often… 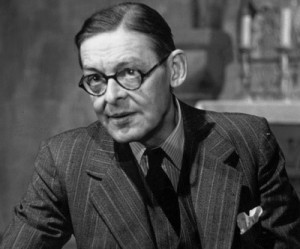 First up, he decided he didn’t want to be known as Thomas Stearns Eliot, so he just changed it to T.S. edgy right? He was born in 1888, St. Louis, Missouri, into a well- connected family that was originally from Boston. Because his father was so successful in the business field, was able to attain a good education and got accepted into Harvard University! From there he decided to migrate to England where he spent his life from 1914 until his untimely death in 1965 due to emphysema (a lung condition that damages the alveoli and causes shortness of breath) *glad it wasn’t me*.

He married Vivian Haigh-Wood in his 20s, though she suffered from serious health problems which overtime contributed to Eliot’s depression. She was committed to an asylum after they both separated in 1933, and later died there from a heart attack. Eliot then remarried later in his life to Valerie Eliot and lived happily until his death in 1965. Looks like he had a thing with ‘V’ names though lol.

Eliot’s work in poetry earnt him a place as ‘one of the most important modernist poets of all time’. The content of his poems as well as his use of linguistic conventions and specific style helped convey the problems of the modern man, Prufrock.

The actual definition of modernism is apparently ‘a rejection of traditional 19th century norms, whereby artists, architects, poets, and thinkers either altered or abandoned earlier conventions in an attempt to re-envision a society in flux’.

Now that’s a really complicated sentence so to sum it all up, what it’s basically saying is that they composed art and literature of new values and attitudes and new perspectives, in an attempt to create a new ‘norm’ and new societal expectations. Eliot rejected many traditional values in ‘The Love Poem Of J. Alfred Prufrock’ through the imagery and symbolism of mermaids in ‘sea-girls wreathed with seaweed red and brown’. The mermaid here, is seen as a symbol for all women, embodying female perfection and is always described as being in the distance, and out of his reach. In the last line, it gets a bit sad when Eliot phrases it how the mermaids will live on unaffected by his death. Yikes, I mean at least he was against female oppression, right?

‘The Wasteland’ is said to remain as ‘one of the finest reflections on mental illness ever written’. When Eliot had a breakdown in 1921, he was advised to take 3 months off of work to let him recover. Through this time period, he described himself as being “neurasthenic”, “tired and depressed” all of which are reflected in the tone of his poetry. Okay, so we don’t actually know EXACTLY how long he was writing this poem for, but the deep and thought provoking lines such as “what have we given?” and “for you only know a heap of broken images” lead us to believe this was one of his most thought-through and meaningful poems he ever wrote.

As we all know, recently the musical CATS was turned into a godawful film which everybody wishes never happened. Basically, everyone is saying the whole thing just contained big names and little thought or story line, but what if I told you that having no purpose was exactly the purpose? At its core, CATS is a musical about accepting each other despite the difference in people’s appearance. 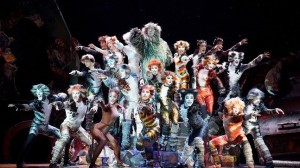 People who dived straight into the world of T.S. Eliot by watching the film and not the musical or reading his poetry hold the point of view that the movie is terrible and pointless, but that is the BEAUTY of ‘Old Possum’s Book Of Practical Cats”. Andrew Lloyd Webber adapted Eliot’s poetry to fit the musical theater scene. To be able to express more meaning within the musical, when a character can no longer speak of their emotional state, they begin to sing. When they feel something so great, they dance to express it. This added layer of depth does Eliot proud and keeps his work alive in a contemporary style. Also, guys seriously, what actually is a Jellicle cat??

It’s no secret that the first World War disrupted pretty much everyone’s lives throughout the 1910s and nobody was ever the same. It was a difficult time for everyone, but it remarkably left Eliot’s creative flow untouched.

Instead of letting his mental illness worsen, he was able to channel the emotions and feelings he had at the time into his work, allowing him to produce such a poem like ‘The Wasteland’. This was full of emotions and allusions and other symbols that embodied different aspects of the time period, allowing us to look back and examine how such events affected creative minds and look into how they were able to cope with everything at the time.

It is extremely well known that Eliot wasn’t exactly the generic poet. He rarely, if ever

conformed to traditional structures and created more free verse. This is explored throughout ‘The Wasteland’ as it is comprised of 5 different subsections all containing many of their own stanzas. Also, instead of writing many other poems that each stand on their own like most poets do, he comprised series, each consisting of many individual poems that all fall under one idea or persona/ character. This was also one of the many reasons Eliot stood out as a poet because it definitely was not a popular stylistic choice among other poets of that era. 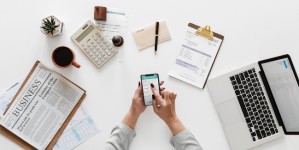 shocked too! Since he had to make money somehow, he supported himself by working as a teacher, banker, and editor. This meant he was only able to write poetry in his spare time but believe it or not he actually preferred it that way! In a 1959 interview with ‘The Paris Review’, he stated that his main jobs actually led him to be a better poet, since it gave him downtime to develop his ideas. He also mentioned that if he had given all his time to poetry, it would have been too much and his life would revolve around only that, making it harder and harder to think of new and creative ideas. The variety and flexibility gave him the fuel to create some of his best work. I know what you’re thinking, I also wish I had that same positive outlook on my lack of free time…

As we all know, writers block is the absolute worst right?! (In fact, I’ve had it like 7 times writing this post lol). That’s why Eliot put so much thought into ways he could achieve maximum creative thinking time and lessen the effects of writer’s block. To be able to do this, he put some pretty insane rules in place…

He was strictly only allowed to write for 3 hours per day. Eliot wrote his poems and plays both on typewriters and the good ol’ fashioned paper and pencil, but no matter the method, he tried his very best to keep to a three-hour daily limit. He believed the work he did after three hours was never satisfactory and that even if he felt like going on longer, he would resist and stop to think about it overnight. This would keep his creative mind flowing and allowed him to think about things completely different. This could contribute to his large amount of seemingly random and spontaneous ideas.

Yes, you heard me ladies and gents, the French language has other uses than attempting to seduce people. Turns out this was another way for Eliot to cure his writing block, crazy right? I mean it obviously worked because otherwise we wouldn’t be here studying and reading about him today.

After studying in Harvard, he spent a year in Paris where he learned to speak French. It was at this time he fantasized about writing in French rather than English, though he never made this into a reality. It was only until during some later years he had a bad case of writer’s block and nothing he did was helping. To slow down his brain so he could fully develop ideas, Eliot took the time to write down his ideas and parts of his poems in French. He stated that this actually helped his writing and that once he got back on track, he just lost the desire to write in French altogether. Yeah, I swear this guy is bipolar or something, he seems to go though a lot of different phases.

Hey readers, thanks for making it to the end! I hope you all have a bit more appreciation for T.S. Eliot as a writer and a person by the end of this… That being said, he was still such a confusing man and I’m glad its not my whole job to get inside that messed up head of his…

Thanks guys, until next time 🙂